The chemical element lanthanum is classed as a lanthanide and rare earth metal. It was discovered in 1839 by Carl G. Mosander. 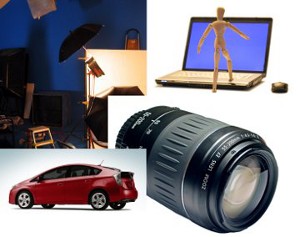 Lanthanum is used in many applications, such as studio lighting, laptop batteries, camera lenses and hybrid car batteries.

Lanthanum was discovered in 1839 by Carl G. Mosander in the mineral cerite in Stockholm, Sweden.

Ceria (cerium oxide) had already been discovered in 1803 by Swedish chemist Jacob Berzelius in the mineral cerite. Mosander, who had been one of Berzelius’s students, suspected that ceria was an impure oxide containing other rare earths. (1)

Mosander separated the solution from the precipitate using sodium oxalate and heat. He obtained a pale brick colored oxide of the new rare earth. (1)

The name lanthana for the new oxide was suggested by his friend Berzelius.

The name comes from the Greek word ‘lanthano’ meaning to be hidden.

Pure lanthanum metal was first produced in 1923 by electrolysis of the fused halides by H. Kremers and R. Stevens.

Mosander continued studying lanthana and in 1841 announced the discovery of another rare earth contained in it. He named it ‘didymium’ because it seemed to be ‘an inseparable twin brother of lanthanum.’ (2)

‘Didymium’ was later shown in separate discoveries to be a mixture of unknown rare earth elements. In 1879 Lecoq de Boisbaudran detected samarium in didymium and separated samarium from it. Carl Auer von Welsbach discovered in 1885 that the remaining ‘didymium’ was actually a mixture of two entirely new elements: neodymium and praseodymium.

Lanthanum is used in some pool products to reduce the level of phosphate nutrients that feed algae.

A brief introduction to the lanthanides.
Lanthanum decanting at Ames Laboratory produces some of the purest lanthanum in the world. 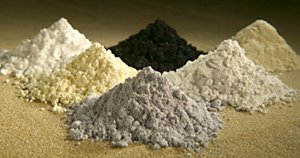 Lanthanum and its compounds are considered to be moderately toxic.

Lanthanum is a silvery-white soft metal, which can be cut with a knife.

It is ductile, malleable and exposed surfaces tarnish rapidly in air forming the oxide.

Lanthanum is chemically reactive and forms compounds with carbon, nitrogen, boron, selenium, silicon, phosphorus, sulfur, and with the halogens.

Lanthanum usually exists as a trivalent ion, La3+, in its compounds.

Lanthanum is used in large quantities in nickel metal hydride (NiMH) rechargeable batteries for hybrid automobiles. The negative electrode (cathode) in NiMH batteries is a mixture of metal hydrides – one of which is typically lanthanum hydride. The active material at the cathode is hydrogen, which is stored in the metal hydride structure. The metal hydride can, depending on its composition, hold between 1% and 7% hydrogen by weight. (3) A Toyota Prius battery requires about 10 kg of lanthanum. (4)

Lanthanum is used as a petroleum cracking catalyst, catalyzing the splitting of long chain hydrocarbons into shorter chained species.

Lanthanum is used in hydrogen sponge alloys, which take up to 400 times their own volume of hydrogen gas.

Lanthanum carbonate is used to reduce blood levels of phosphate in patients with kidney disease. (5)

Lanthanum compounds are also used in some pool products to reduce the level of phosphate nutrients that algae feed on.

Source: Lanthanum is not found free in nature. It is found mainly in the minerals monazite and bastnaesite. Commercially, it is recovered from monazite sand and bastnaesite using various complex extraction techniques. Pure lanthanum is obtained by the reduction of the fluoride with calcium metal.

Isotopes: Lanthanum has 31 isotopes whose half-lives are known, with mass numbers 119 to 150. Of these, one is stable, 139La. Naturally occurring lanthanum is a mixture of the two isotopes 138La and 139La with natural abundances of 0.09% and 99.91% respectively.