The chemical element chlorine is classed as halogen and a nonmetal. It was discovered in 1774 by Carl Wilhelm Scheele.

Safe Drinking Water: Image: Ionut_Cojocaru. In green areas everyone can get safe water. In red areas, at least 25 percent of people can’t get treated water. Yellow areas are intermediate. Before the routine use of chlorine in U.S. water supplies, typhoid fever claimed 25 000 fatalities each year. Today 98% of public water supplies are treated with chlorine or a chlorine compound. Typhoid fever now claims about one victim a year, on average. (4) 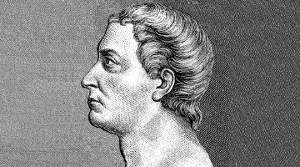 Chlorine was first produced in 1774 by Carl Wilhelm Scheele in Sweden. Scheele collected the gas released by the reaction of pyrolusite [manganese dioxide] with spiritus salis – an alchemical term meaning spirit/breath of salt. [It was also known as muriatic acid and we now call it hydrochloric acid.] The new gas had, according to Scheele, “a very perceptible suffocating smell, which was most oppressive to the lungs… and gives the water a slightly acidic taste… the air in it acquires a yellow color…” (1)

Scheele also noted the high reactivity and the bleaching qualities of the new gas he had made: “…all metals were attacked… fixed alkali was converted into common salt… all vegetable flowers – red, blue, and yellow – became white in a short time; the same thing also happened with green plants… insects immediately died. (1)

Despite the accuracy of his observations, Scheele mistakenly thought the new gas was a dephlostiganated [* see below] form of muriatic acid.

The famous French chemist Antoine Lavoisier believed the new gas should be called oxymuriatic acid [an oxide of hydrochloric acid] based on the as yet undiscovered element murium. (2)

* The confusion about chlorine’s true identity was caused by the phlogiston theory; phlogiston had been accepted by chemists for most of the 1700s – until Lavoisier himself debunked it. Phlogiston was a ‘substance’ used to explain the then inexplicable. Conveniently, it had negative weight when it needed to, and ‘explained’ reactions such as rusting and burning.

Lavoisier was the architect of phlogiston’s downfall, showing that the chemistry of oxygen was a better explanation in chemical reactions than phlogiston was. (3)

By 1810 the scientific consensus was that the element we now call chlorine was actually a compound that contained oxygen. English chemist Sir Humphry Davy found that the consensus was wrong; he could not get the new yellow-green gas to react with a charcoal electrode, which made him believe it may not contain oxygen. In reactions with phosphorus and ammonia, he demonstrated the new gas did not contain oxygen. He used a huge, 2000 plate voltaic pile [battery] to see whether he could extract oxygen from the gas’s phosphorus and sulfur compounds, but again he found no oxygen. (1a)

In 1811, Davy concluded the new gas was in fact a new element. (1b) He named it chlorine, from the Greek word ‘chloros,’ meaning pale green or yellow-green.

Chlorine made by reacting hydrochloric acid with potassium permanganate.

Chlorine is a toxic gas that irritates the skin, the eyes and the respiratory system.

Chlorine is a greenish-yellow, diatomic, dense gas with a sharp smell (the smell of bleach).

It is not found free in nature as it combines readily with nearly all other elements.

In its liquid and solid form it is a powerful bleaching, oxidizing and disinfecting agent.

Chlorine is also used for the manufacture of chlorates and it is important in organic chemistry, forming compounds such as chloroform, carbon tetrachloride, polyvinyl chloride, and synthetic rubber.

Source: Chlorine gas is produced commercially by the electrolysis of sodium chloride (NaCl) from seawater or brine from salt mines.

Isotopes: Chlorine has 16 isotopes whose half-lives are known, with mass numbers 31 to 46. Naturally occurring chlorine is a mixture of its two stable isotopes 35Cl and 37Cl with natural abundances of 75.8% and 24.3% respectively.