The chemical element neodymium is classed as a lanthanide and rare earth metal. It was discovered in 1885 by Carl Auer von Welsbach.

Meteorite ALH84001. This meteorite, found in Antarctica, may contain fossils of primitive Martian life from over 3.6 billion years ago. The ages and timelines of Martian rock formation can be calculated from the amount of neodymium and tungsten isotopes present. Photo: Nasa

Neodymium was first identified in 1885, in Vienna, by Austrian scientist Carl Auer von Welsbach. It was discovered in ‘didymium,’ a substance incorrectly identified by Swedish chemist Carl Mosander as a new element in 1841. (1)

Bohuslav Brauner working in Prague, published a paper on atomic weight determinations in 1882 for rare earth elements and his data for ‘didymium’ were variable.

Brauner became convinced that ‘didymium’ was a mixture of elements; he attempted to separate them, but he was not successful. (2)

In 1885 Carl Welsbach, who had discovered ‘didymium’ 14 years earlier, realized it was actually a mixture of two entirely new elements.

He named these neodymium and praseodymium. Welsbach reacted ‘didymium’ to form nitrate salts, which he then fractionally crystallized from nitric acid to yield pink neodymium and greenish-brown praseodymium salts.

Pure neodymium metal was isolated in 1925 by H. Kremers.

A neodymium magnet acts as a weight lifter. 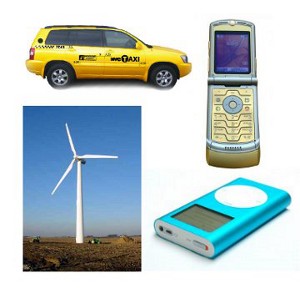 A “neodymium-YAG” (Nd:YAG) laser can be used for decontamination after detonation of a chemical weapon. For example, it can decompose a nerve agent, shown on tile on the right. The laser emits UV light which breaks the molecular bonds, decomposing the nerve agent until it is a harmless brown stain. Photo: Homeland Security.

Neodymium is considered to be moderately toxic.

Neodymium is a soft, bright, silvery white metal. It is one of the lanthanide rare earth metals. It forms a flaky oxide coating in air. Unlike many metal oxide layers, this one does not protect the metal from further oxidation.

Neodymium usually exists as a trivalent ion, Nd3+, in its compounds. Most of its salts are pale purple in color.

Neodymium is used as a crystal (neodymium-doped yttrium aluminum garnet) in lasers. These ND:YAG lasers have numerous applications. For example, they are used in medicine to treat skin cancers and for laser hair removal; and in industry they are used to cut and weld steel.

Neodymium is used to make specialized goggles for glass blowers.

The metal is also used in a spark producing alloy (misch metal) for cigarette lighter flints.

Neodymium salts are used to color glasses and enamels.

Abundance solar system: 3 parts per billion by weight, 20 parts per trillion by moles