The chemical element calcium is classed as an alkali earth metal. It was discovered in 1808 by Sir Humphry Davy. 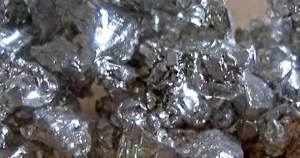 Rome’s Colosseum, resisting the ravages of time (okay, there are one or two missing pieces…) with the aid of calcium oxide based cement. Photo: David Iliff. 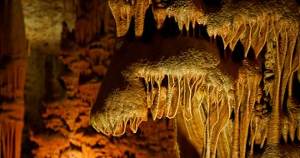 People have used calcium’s compounds for thousands of years – in cement, for example.

Limestone [calcium carbonate] was called calx by the Romans. The Romans heated calx, driving off carbon dioxide to leave calcium oxide. To make cement, all you have to do is mix calcium oxide with water. The Romans built vast amphitheaters and aqueducts using calcium oxide cement to bond stones together. (1)

Despite the long history of calcium’s compounds, the element itself was not discovered until electricity was available for use in experiments.

Calcium was first isolated by Sir Humphry Davy in 1808 in London. In a lecture to the Royal Society in June 1808, Davy described his experiments that year, which produced tiny amounts of metal, at best. He could not find any way to produce more calcium metal until a letter from Jöns Berzelius in Stockholm pointed him in the right direction. (3)

Davy learned that Berzelius and Magnus Pontin had used a battery to decompose calcium oxide at a mercury electrode and they had obtained an amalgam of mercury and calcium. (Berzelius, the great Swedish chemist, exchanged a great deal of information with Davy. Berzelius had earlier learned from Davy that potassium could be dissolved in mercury to form an amalgam. Berzelius had extended the method.) (3),(4)

He made a depression in the paste and placed about 3.5 grams of mercury metal there to act as an electrode. Platinum was used as the counter electrode. Davy carried out the experiment under naptha (a liquid hydrocarbon under which he had found he could safely store potassium and sodium).

When electricity was passed through the paste, a calcium-mercury amalgam formed at the mercury electrode.

Davy removed the mercury by distillation to reveal a new element: calcium.

He named the metal calcium because of its occurrence in calx.

Non-toxic and an essential metal for living organisms.

Calcium is reactive and, for a metal, soft. With a bit of effort, it can be cut with a sharp knife.

In contact with air, calcium develops a mixed oxide and nitride coating, which protects it from further corrosion.

Calcium reacts easily with water and acids and the metal burns brightly in air, forming mainly the nitride.

It is used in the manufacture of other metals such as uranium and thorium.

Calcium is used to remove oxygen, sulfur and carbon from alloys.

Calcium from limestone is a vital component of Portland cement.

Quicklime (CaO) is used in many applications in the chemical industry, such as treatment of drinking water – especially for water softening and arsenic removal, animal waste and wastewater.

Source: Calcium occurs in nature in various minerals including limestone (calcium carbonate), gypsum (calcium sulfate) and fluorite (calcium fluoride). Commercially it can be made by the electrolysis of molten calcium chloride, CaCl2. The pure metal can also be produced by replacing the calcium in lime (CaCO3) with aluminum in hot, low pressure retorts.