The chemical element tungsten is classed as a transition metal. It was discovered in 1779 by Peter Woulfe.

In 1779 Irish chemist Peter Woulfe deduced the existence of a new element – tungsten – from his analysis of the mineral wolframite (an iron manganese tungstate mineral).

Tungsten was isolated as tungstic oxide (WO3) in 1781, in Sweden, by Carl W. Scheele from the mineral scheelite (calcium tungstate). However he did not have a suitable furnace to reduce the oxide to the metal.

Tungsten was finally isolated by brothers Fausto and Juan Jose de Elhuyar in 1783, in Spain, by reduction of acidified wolframite with charcoal.

The chemical symbol, W, comes from the original name of the element, Wolfram.

Tungsten is one of the five major refractory metals (metals with very high resistance to heat and wear).

The Five Refractory Metals – note their close relationship in the periodic table
The other refractory metals are niobium, molybdenum, tantalum, and rhenium. 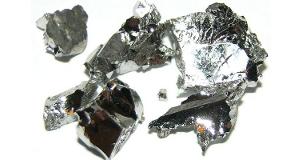 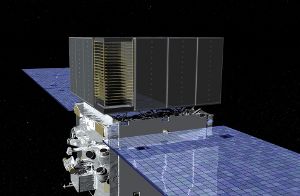 Tungsten is considered to be of low toxicity.

Tungsten is highly resistant to corrosion. It forms tungstic acid (H2WO4), or wolframic acid from the hydrated oxide (WO3) and its salts are called tungstates, or wolframates.

When present in compounds, tungsten exists mostly in the oxidation state VI.

Tungsten and its alloys are widely used for filaments in older style (not energy saving) electric bulbs and electronic tubes.

Tungsten is also used as the filament in halogen tungsten lamps. These lamps use halogens like bromine and iodine to prevent the tungsten filament from degrading and are therefore more energy efficient than standard incandescent light bulbs.

High speed steel (which can cut material at higher speeds than carbon steel), contains up to 18% tungsten.

Tungsten is used in heavy metal alloys because of its hardness and in high-temperature applications such as welding.

Tungsten carbide (WC or W2C) is extremely hard and is used to make drills. It is also used for jewelry because of its hardness and wear resistance.

Abundance solar system: 4 parts per billion by weight, 30 part per trillion by moles

Source: Tungsten is not found free in nature. The principal ores of tungsten are wolframite (an iron manganese tungstate) and scheelite (calcium tungstate, CaWO3). Commercially, the metal is obtained by reducing tungsten oxide with hydrogen or carbon.