The chemical element hydrogen is classed as a nonmetal. It can become metallic at very high pressures. It was discovered in 1766 by Henry Cavendish. 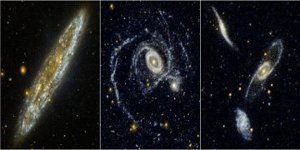 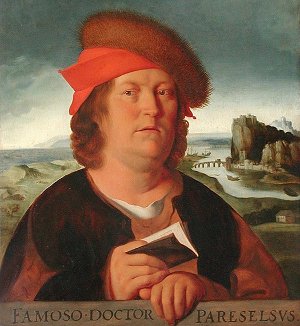 Theophrastus Paracelsus – The first person to generate hydrogen: "Air arises and breaks forth like a wind."

A favorite school chemistry experiment is to add a metal such as magnesium to an acid. The metal reacts with the acid, forming a salt and releases hydrogen from the acid. The hydrogen gas bubbles up from the liquid and students collect it in small quantities for further experiments, such as the ‘pop-test.’

The first recorded instance of hydrogen made by human action was in the first half of the 1500s, by a similar method to that used in schools now. Theophrastus Paracelsus, a physician, dissolved iron in sulfuric acid and observed the release of a gas. He is reported to have said of the experiment, “Air arises and breaks forth like a wind.” He did not, however, discover any of hydrogen’s properties.(1)

Turquet De Mayerne repeated Paracelsus’s experiment in 1650 and found that the gas was flammable.(2) Neither Paracelsus nor De Mayerne proposed that hydrogen could be a new element. Indeed, Paracelsus believed there were only three elements – the tria prima – salt, sulfur, and mercury – and that all other substances were made of different combinations of these three. (3) (Chemistry still had a long way to go!)

In 1670, English scientist Robert Boyle added iron to sulfuric acid. He showed the resulting (hydrogen) gas only burned if air was present and that a fraction of the air (we would now call it oxygen) was consumed by the burning.(4)

Hydrogen was first recognized as a distinct element in 1766 by English scientist Henry Cavendish, when he prepared it by reacting hydrochloric acid with zinc. He described hydrogen as “inflammable air from metals” and established that it was the same material (by its reactions and its density) regardless of which metal and which acid he used to produce it.(1) Cavendish also observed that when the substance was burned, it produced water.

In 1806, with hydrogen well-established as an element, English chemist Humphry Davy pushed a strong electric current through purified water.

He found hydrogen and oxygen were formed. The experiment demonstrated that electricity could pull substances apart into their constituent elements. Davy realized that substances were bound together by an electrical phenomenon; he had discovered the true nature of chemical bonding.(5) 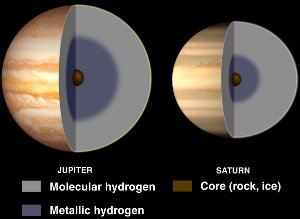 Large scale chemical reaction of hydrogen with oxygen. (Why blimps are now filled with helium instead of hydrogen.) 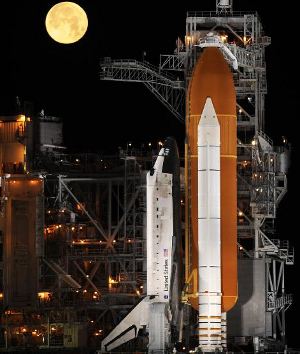 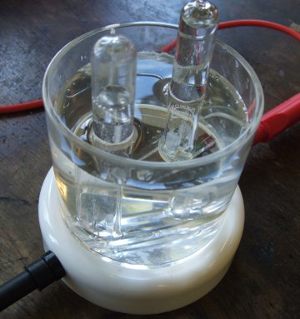 Laboratory electrolysis of water. Electrical energy is used to split water. Hydrogen gathers in one test-tube, oxygen in the other.

Hydrogen is highly flammable and has an almost invisible flame, which can lead to accidental burns.

Hydrogen is the simplest element of all, and the lightest. It is also by far the most common element in the Universe. Over 90 percent of the atoms in the Universe are hydrogen.

In its commonest form, the hydrogen atom is made of one proton, one electron, and no neutrons. Hydrogen is the only element that can exist without neutrons.

Hydrogen is a colorless, odorless gas which exists, at standard temperature and pressure, as diatomic molecules, H2.

It burns and forms explosive mixtures in air and it reacts violently with oxidants.

On Earth, the major location of hydrogen is in water, H2O. There is little free hydrogen on Earth because hydrogen is so light that it is not held by the planet’s gravity. Any hydrogen that forms eventually escapes from the atmosphere into space.

Although hydrogen is usually a nonmetal, it becomes a liquid metal when enormous pressures are applied to it.

Such pressures are found within gas giant planets such as Jupiter and Saturn. Jupiter’s high magnetic field (14 times Earth’s) is believed to be caused by a dynamo effect resulting from electrically conducting metallic hydrogen circulating as the planet rotates.

Large quantities of hydrogen are used in the Haber process (production of ammonia), hydrogenation of fats and oils, methanol production, hydrocracking, and hydrodesulfurization. Hydrogen is also used in metal refining.

The hydrogen economy has been proposed as a replacement for our current hydrocarbon (oil, gas and coal) based economy.

The basis of the hydrogen economy is that energy is produced when hydrogen combusts with oxygen and the only by-product from the reaction is water.

At the moment, however, the hydrogen for hydrogen-powered cars is produced from hydrocarbons. Only when solar or wind energies, for example, can be used commercially to split water into hydrogen and oxygen will a true hydrogen economy be possible.

Source: Hydrogen is prepared commercially by reacting superheated steam with methane or carbon. In the laboratory, hydrogen can be produced by the action of acids on metals such as zinc or magnesium, or by the electrolysis of water (shown on the left).

Isotopes: Hydrogen has three isotopes, 1H (protium), 2H (deuterium) and 3H (tritium). Its two heavier isotopes (deuterium and tritium) are used for nuclear fusion. Protium is the most abundant isotope, and tritium the least abundant. Tritium is unstable with a half-life of about 12 years 4 months. Naturally occurring hydrogen is a mixture of the two isotopes 1H and 2H with natural abundances of 99.99% and 0.01% respectively.