Orbital nodes refer to places where the quantum mechanical wave function Ψ and its square Ψ2 change phase. Since the phase is either moving from positive to negative or vice versa, both Ψ and Ψ2 are zero at nodes.

Nodes may be classed as radial, or angular.

What is a Node?

Consider the sine function sin x as a simple wave function Ψ. The diagram below shows: 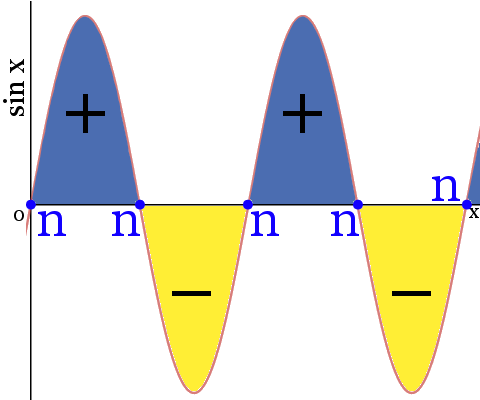 Now consider sin2 x, the square of the original function. In quantum chemistry Ψ2 provides us with the electron density - it defines the size and shapes of the familiar orbitals s, p, d, f, etc. 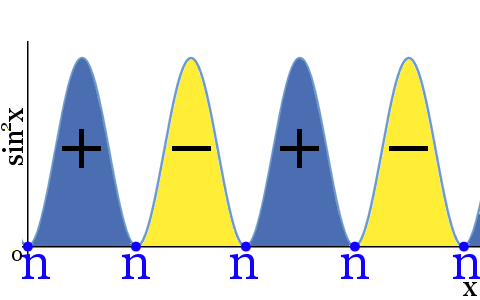 The diagram above shows:

Many real orbitals, such as 2s, 2p, and 3d orbitals have regions with both positive and negative phase. These regions are separated by nodes.

The 1s orbital has no nodes; the entire orbital is the same phase. The 2s orbital is larger, and has one radial node separating two phases. 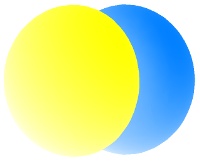 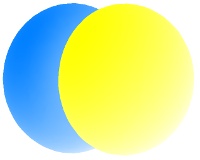 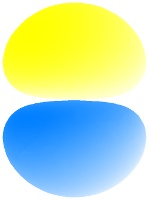 All the 2p orbitals have a single angular node, a plane, separating the positive and negative phases of the orbitals. This is shown below in gray.

All the 3d orbitals have two angular nodes. In four of the orbitals, these nodes are planes separating the positive and negative phases of the orbitals. In the fifth orbital, the nodes are two conical surfaces.

As you might have noticed in the orbitals above, the number of nodes in an orbital follows a rule.

The number of nodes is always one less than the principal quantum number: Nodes = n - 1.

There are two types of node: radial and angular.

The fact that the phase of electron orbitals can be positive or negative is hugely significant for chemistry.

An example of this is orbital hybridization. 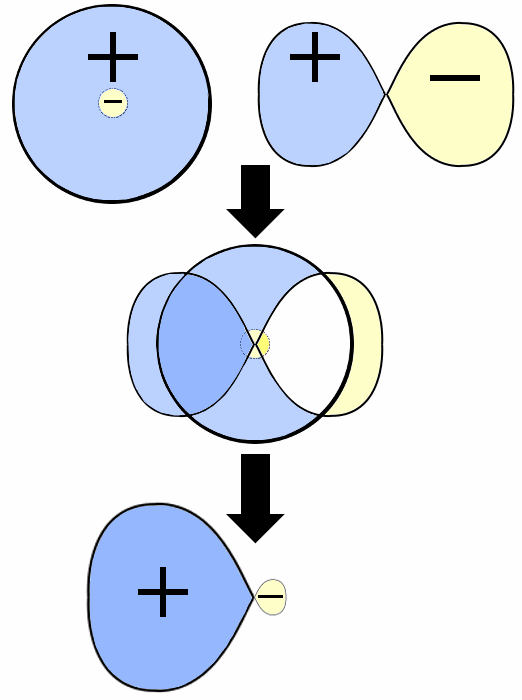 Creative Commons
Figures 3, 5, and 6 based on orbital diagrams originally prepared and courtesy of UCDavis Chemwiki, CC BY-NC-SA 3.0 US.