The wavelengths of X-rays are of the same order of magnitude as the distances between atoms or ions in a molecule or crystal (10-10 m, which equals 1 Å).

A crystal diffracts an X-ray beam passing through it to produce beams at specific angles depending on the X-ray wavelength, the crystal orientation, and the structure of the crystal. 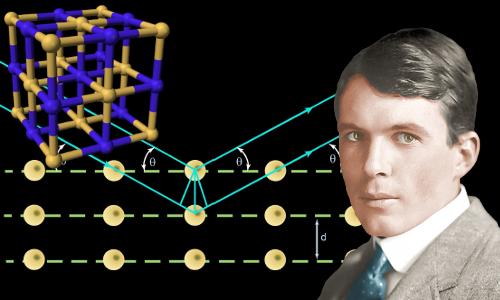 X-ray diffractometers consist of an X-ray generator, a goniometer and sample holder, and an X-ray detector such as photographic film or a movable proportional counter. X-ray tubes generate X-rays by bombarding a metal target with high-energy (10 - 100 keV) electrons that knock out core electrons.

An electron in an outer shell fills the hole in the inner shell and emits an X-ray photon.

Two common targets are Mo and Cu, which have strong K(alpha) X-ray emission at 0.71073 and 1.5418 Å respectively. X-rays can also be generated by decelerating electrons in a target or a synchrotron ring. These sources produce a continuous spectrum of X-rays and require a crystal monochromator to select a single wavelength.

Picture of a single-crystal X-ray diffractometer