A substance is said to be volatile if it boils at a low temperature, changing from the liquid to the gas phase.

Substances that are gases at room temperature are extremely volatile: they have high volatility. They can only be seen as liquids when exposed to low temperatures or high pressures.

The table below shows some substances arranged in order of decreasing boiling point and increasing volatility. In the table, boron is the least volatile and hydrogen the most volatile substance.

At the molecular level, particles in liquids have a range of kinetic energies. The most energetic particles have enough energy to escape from the liquid and enter the gas phase. We see this as evaporation. 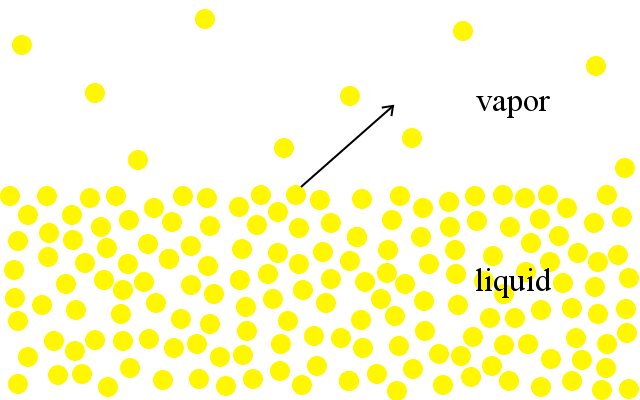 A liquid boils when the pressure of its particles entering the gas phase rises to equal the surrounding atmospheric pressure.

Therefore, for example, acetone with a boiling point of 56 °C has a higher vapor pressure than water. At room temperature, acetone will enter the vapor phase to a greater extent than water. This is a feature of volatile liquids.